This past sunday I had the privilege to enjoy my most memorable marathon of all time, the truly outstanding Nykredit Copenhagen Marathon 2012. The weather was beatifully sunny and a bit on the warm side, but the route was spectacular and the crowds absolutely amazing ! 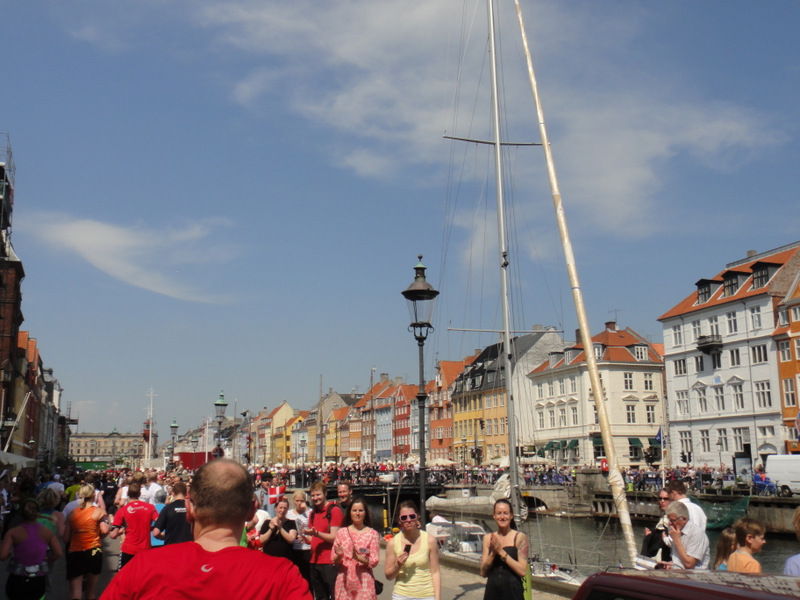 I was, as last year, tracked in real time and had different kinds of media attention as well, cf. the picture story: Nykredit Copenhagen Marathon 2012 – pictures

Actually, I had a busy running week up to my jubileum in Copenhagen. First, I ran the also spectacular BMW Prague Marathon Sunday 13th May 2012, the route was quite tough for a large city marathon, I think, and with cobblestones and tram tracks as obstacles. But hey, what a beautiful city to visit ! 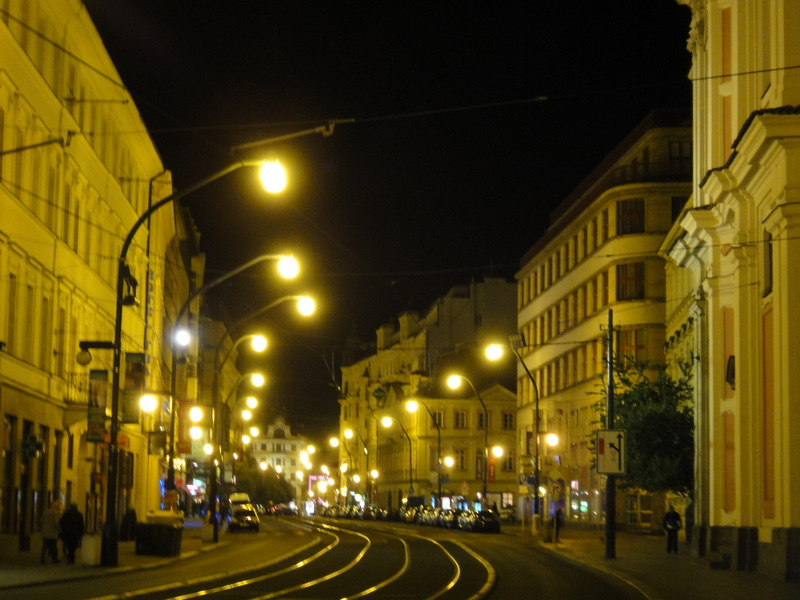 Then Thursday (!) came a very special event, the infamous Limestone Marathon (Kalkmine Marathon) in Jutland, Denmark, one of the toughest marathons in Denmark for sure, technically difficult to say the least and heaps of fun too, visiting two limestone mines in toto 8 times along the route !!! 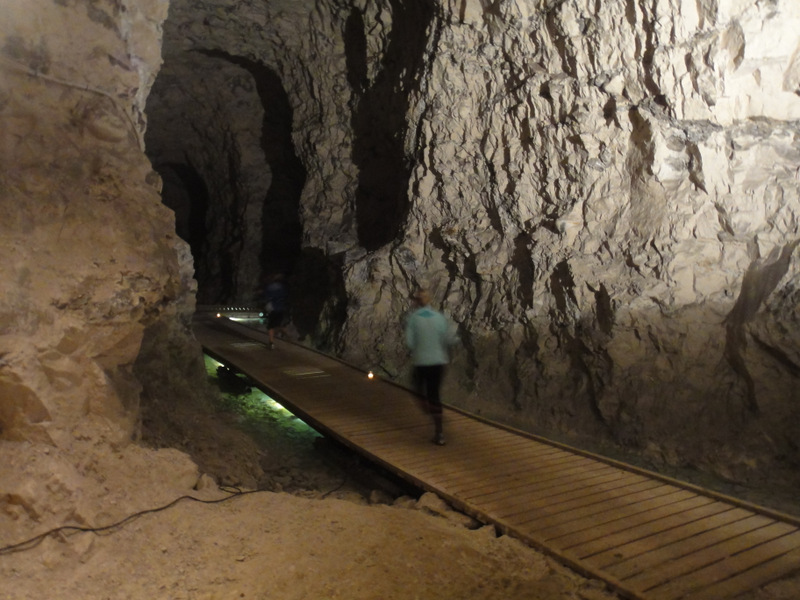 The spring months April and May generally feature great European city marathons such as in Paris, Rotterdam, London, Vienna and Hamburg. This year I have been fortunate enough to participate in and complete the latter two. Indeed, great running events and indeed great experiences for the soul.

Firstly, I had a great trip to Vienna, Austria, with three of my best running mates, all of them very strong and experienced runners and together we actually passed a total number of 1002 marathons on race day ! I had hoped to compete a little but I was put aside by both cramps and, well, simply better performances than my own. Especially memorable from the race was the impressive pasta party at the City Hall in Vienna (Rathaus)… 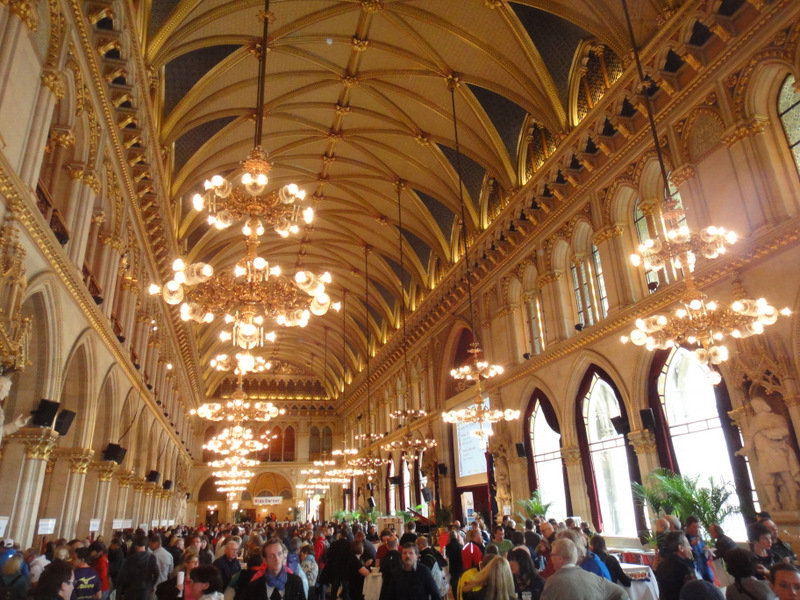 … and the scenic finish. The course is generally flat and the race has exploded in number of participants clearly making it one of the larger city marathon events in Europe. 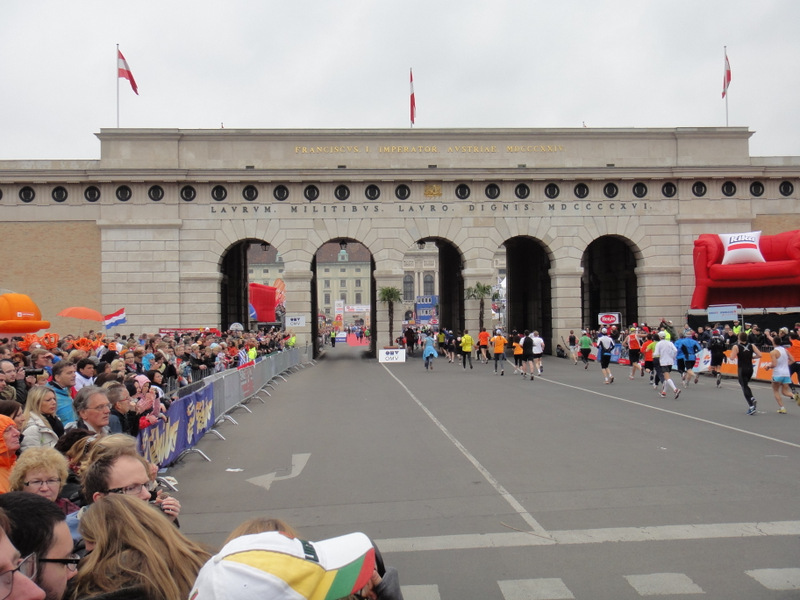 Two weeks later came Hamburg Marathon and here I had really hoped to secure a new personal best time. I was, once again, sadly disappointed to that end, the clock said 3.51.57, just about 6 minuttes worse than in Vienna. But ok, out of 247 marathon times April 2012 recorded my 3, 4, 5 and 6’rd best times overall.

Hamburg Marathon is one of the faster ones and is renowed for the fantastic crowds along the route. The passing of the harbor area is the ultimate peak of the trip… 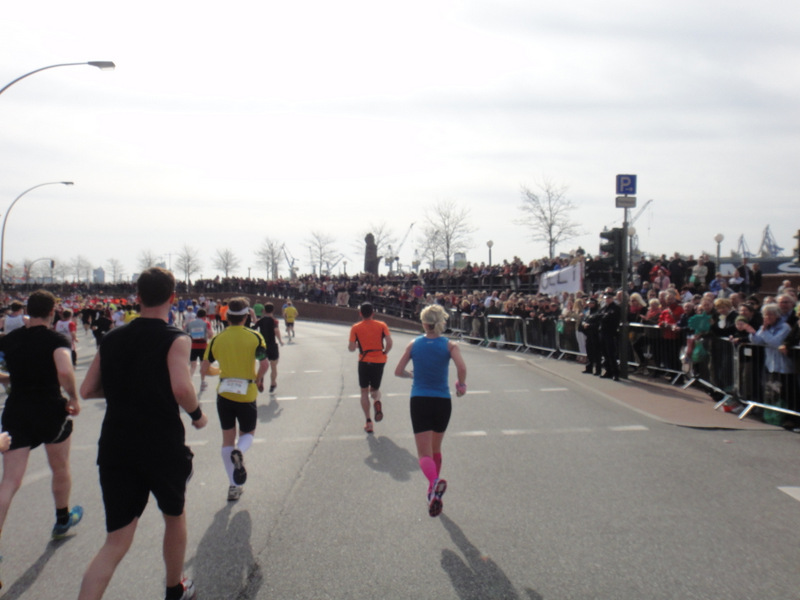 … and as a Dane it is impossible not to become quite energized by the many danish spectators cheering the +1500 countrymen though the 42 K. 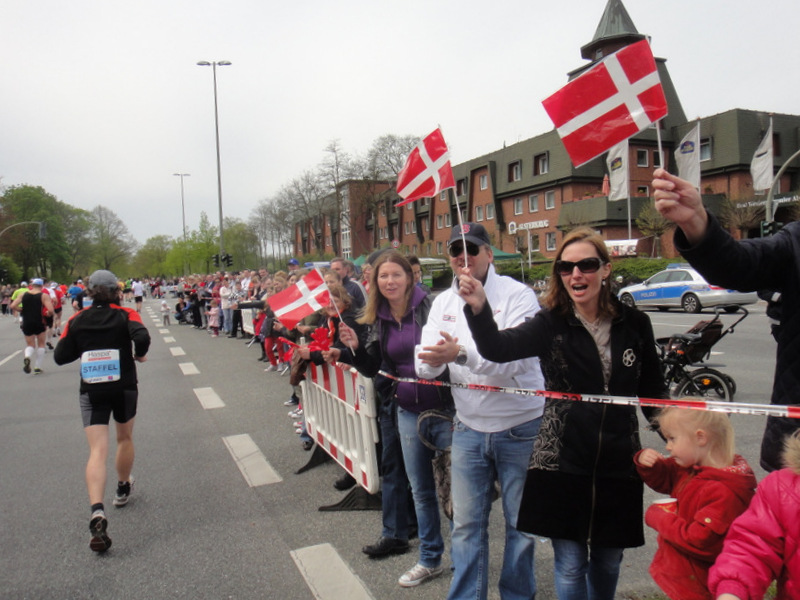 Ok, so this is a post I have wanted to write for some time. I have begun, hesitated, aborted, startet over and aborted again. I have experimented with other shoes and will continue to do so… but at some point, I guess I’d better reach the inevitable conclusion when it comes to Running Shoes for my part: the clear winner is: ECCO BIOM.

It’s pretty simple: the ECCO BIOMs offer the unique qualities of a supporting yet easy-to-use Natural Running shoe and with a slick fit that is unprecedented. Lately I have tried out lighter “racing” shoes of other brands, this has been interesting but also supports the above: the ECCO BIOMs are the superior choice for running (marathons).

ECCO has also extended the BIOM series with a TRAIL shoe… 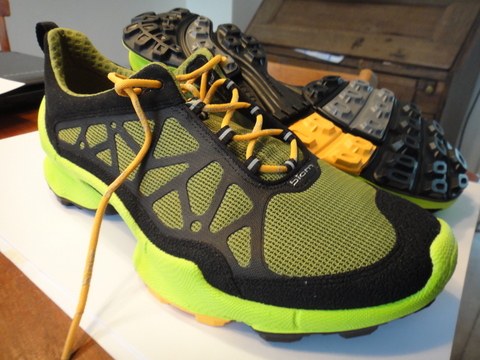 .. indeed yet another BIOM with an incredible fit, it’s like slipping your feet into “home”… 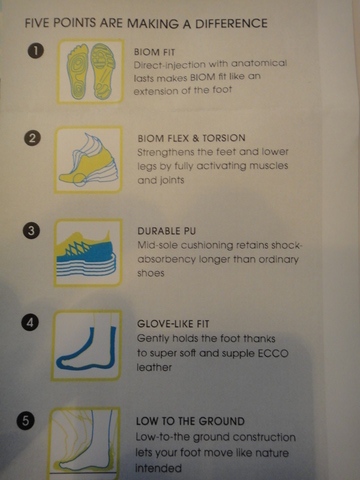 .. the materials are durable… 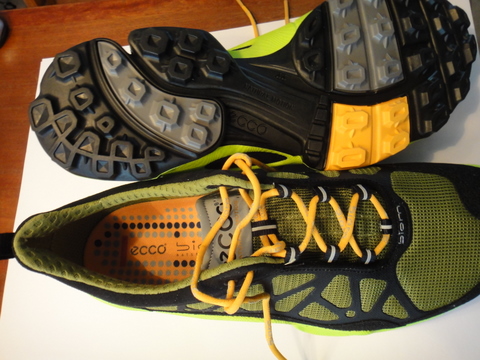 .. and the sole has a nice, firm grib onto every surface imaginable (I used them a lot this winter on ice and snow) thus making them the perfect choice for the ever so more popular Trail Running. I’m lucky enough to have hills nearby and what a delight to take out these babies for a run ! 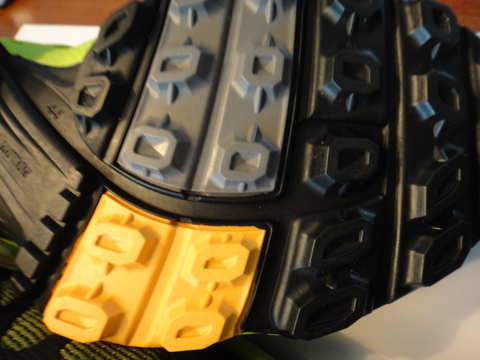 I don’t know why I thought that I needed a racing shoe for setting a new marathon PB… I’m not a Kenyan after all (at all !)… but I guess it’s not a bad thing to be able to draw a clear and univocal judgement: the ECCO BIOMs are the superior Running Shoes.

The last Part of this series concludes on the best marathons in 2011, i.e. I give my you my take on the best marathons in 2011, i.e. amongst the ones I have participated in myself. Best does not necessarily mean ‘objectively best’ but does also emphasize the magnitude of the experience including ‘other’ factors such as city/nature facilities etc. not to mention my own performance.

I have divided the marathons into four groups and as always, you find links to the races via ‘My marathons’ in the menu.

These are lists based on my personal experiences, of course. To mentain memory of the best races ‘ever’, I  have a category of the ‘all-time best’ marathons as well. Here, the big marathons do live up to their famous names ! 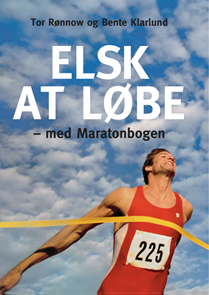 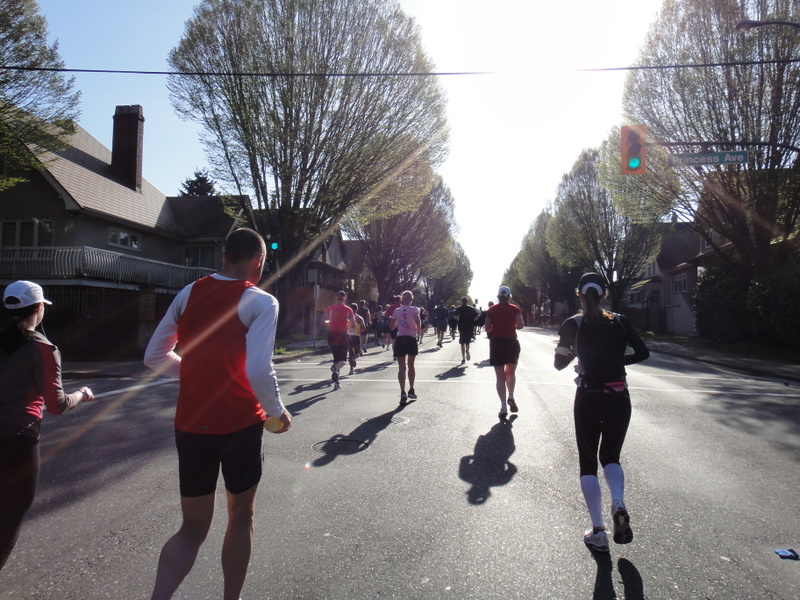 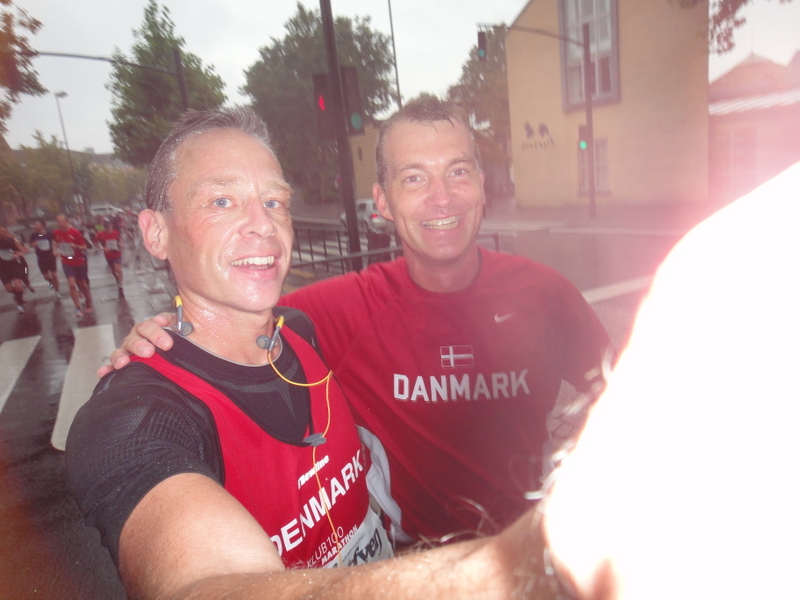 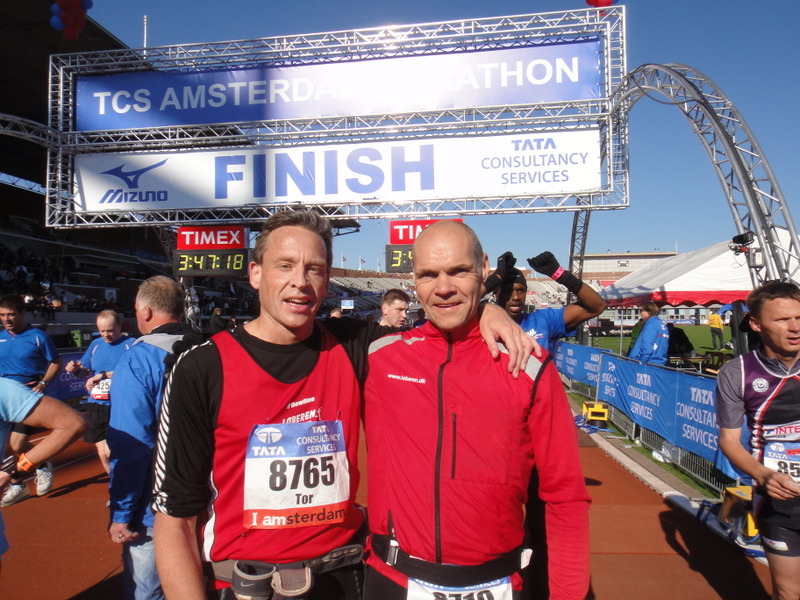