Sunday April 12th 2015 was an incredibly nice and sunny day in Paris (France) and it was also the very day for this year’s Marathon de Paris. Whoaa ! Speak about getting lucky ! In fact, the whole weekend was blessed with warm and sunny weather and it was a pleasure to walk around between the many shops and attractions of this mega-metropol.

Paris is the most popular tourist city in the world and for good reasons: the atmosphere and charming sights, the cuisine, the museums, the Louvre and Mona Lisa, the Champs-Élysée and – oh, did I forget – the Eiffel Tower.

Marathon de Paris 2015
This was my third participation in Paris and even though I had to struggle a bit for it, I took home the full point. So did my friend Mikael and for his maiden marathon, it was a real privilege to accompany him towards his first finish line. 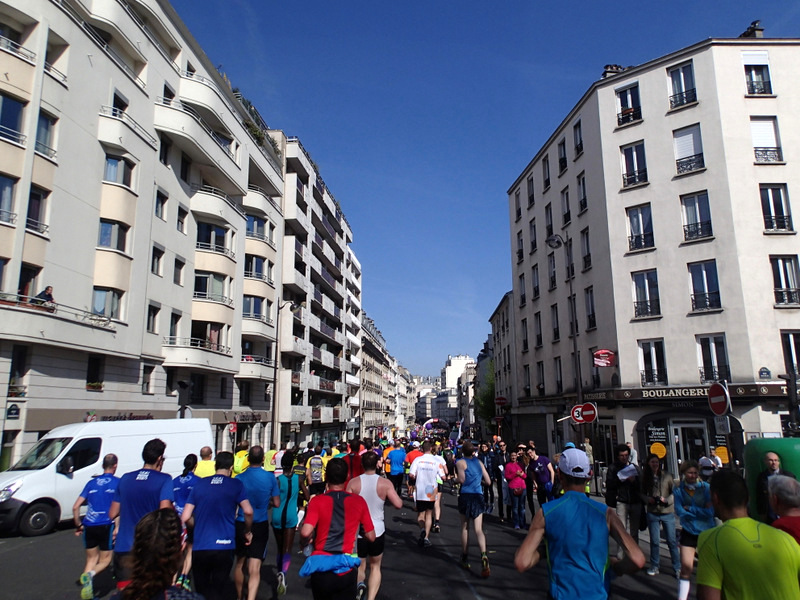 In toto Paris could not have displayed itself prettier than this race day, the support from the crowds was good and the overall race organisation impeccable. Next year is the 40th anniversary of Marathon de Paris, guess who is already signed up.

Sunday September 26th 2021 I ran the HCA Marathon in Odense, Denmark. Find below my full race coverage from a magnificient and quite tough day in the running shoes in the city of birth of Read more…